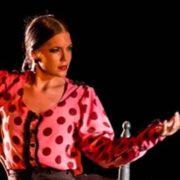 She was born in Granada in 1992. She began to study flamenco with the teacher Mariquilla, with whom she also performed daily at her flamenco show at Jardines Neptuno. She then began her most extensive training in the world of dance with Maite Galán, obtaining the title of the association of APDE teachers of Spanish dance and flamenco in 2007. She completed her apprenticeship with teachers such as Adrián Sánchez and Óscar Quero, with whom she also works in his company. She finished her Spanish dance and flamenco career at the Carmen Amaya Conservatory in Madrid in 2010. In 2014 she presented her first project entitled “Encrucijada” within the Es.Flamenco cycle, organized by the Diputación of Granada, and she won the first prize of the Competition of Young Flamencos of the IAJ. In 2015 she participates in the Festival of Jerez. In 2016 she participated in the Seville Biennial and obtained the first prize of the V Villa-Rosa Competition in Madrid. In 2017 she participates in Flamenco Viene del Sur with the show “Granada” together with Alba Heredia and presents her solo “Corazón abierto” at Los Veranos del Corral. In addition, she often dances in tablaos of the category of Corral de la Morería, Tablao Villa-Rosa and Las Carboneras in Madrid; Los Gallos and El Arenal of Sevilla and El Cordobés of Barcelona. 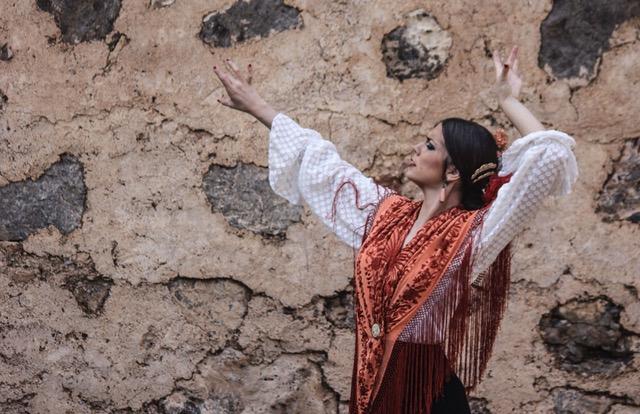 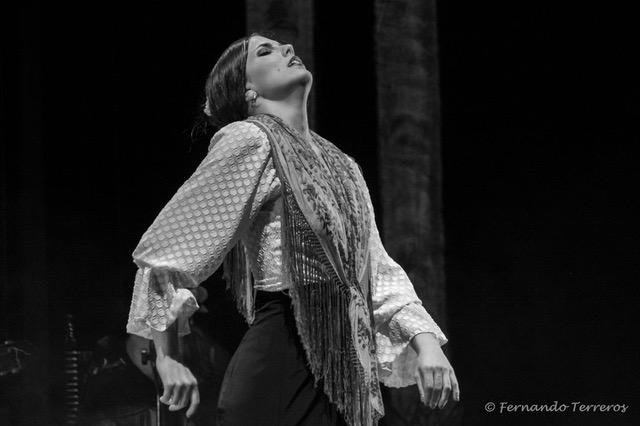 «Dancing in a tablao means spontaneity, a game between the musicians, depending on their energy, in the end the dance will go one way or the other. And that’s the interesting thing and the beauty of the tablaos: improvisation, speed, is a beautiful sensation, to tell you the truth. There is a lot of difference between dancing in a tablao and other spaces because the tablao is a rather small space and the movement has to be according to that. For example, I am quite tall and I have to cut back the movements, I have to adapt to that space that is much smaller. Apart from that when you dance in a theater you take everything half staged, the dance more agreed with the musicians, but in the tablao even on the same day you do not know who is going to play or who is going to sing to you, so it changes a lot. As an anecdote I would say that in my family there has never been anyone who has dedicated to flamenco and in fact I have a taste for flamenco because I was almost hyperactive as a child, my mother could not stand me at home and looked for an activity that was somewhat moved for the body and thought that if I went to dance I would get home more tired. And that’s the way it was, that’s why I dance, since that day I’ve been hooked and I’ve never disengaged».