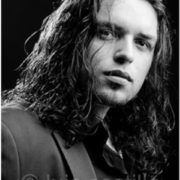 Jose Manuel Ramos “El Oruco“ (Seville, 1987) received his first lessons with the Sevillian bailaor “El Torombo” with whom he shared the stage in the flamenco season of the Diputación and the Coliseo Cubierto “El Palenque” in Seville, then passing to hands of Juan Manuel Fernández Montoya “Farruquito“. He has complemented his studies with artists such as La Farruca, La Faraona, Antonio Canales, Juan de Juan and, among his most important works, he emphasizes his participation in the show “The Gnomes of Flamenco”, by the company of Antonio Montoya ¨Farru¨, as well as his intervention in the different editions of the Biennial of Flamenco Art in Seville, the Mont de Marsans Festival, the Paris Biennial of Flamenco Art, the USA Festival and other national and international events dedicated to flamenco art besides artists such as Israel Galván, Rocío Molina, Rosario “La Tremendita”, Esperanza Fernández, Pastora Galván, Argentina and José Ángel Carmona, among others. He also highlights his leading role as a bailaor in shows such as “Flamenco de Raza”, by Cantaor Curro Fernández; ¨Rara Avis¨, by guitarist Eduardo Trassierra; ¨Alma Gitana¨, of the bailaora Juana Amaya, and ¨Diquela¨ and  ¨Seis por Derecho¨, of his own authorship. 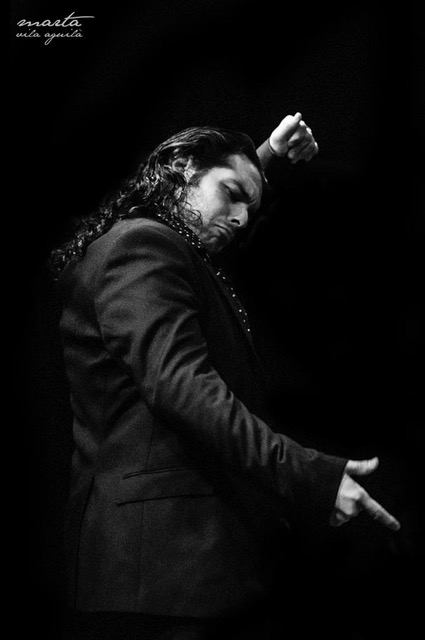 He currently produces his new show “Ladrón del Tiempo”, he participates in the shows of Rosario “La Tremendita”, Rocío Molina, Eduardo Trassierra, and continues presenting, along with his flamenco group, the works “Eco” and “Seis por Derecho” in different scenarios of Spain and the world.

As part of his teaching activity, he continues to develop an academic project, “FormArte Flamenco“, along with the dancer Karolina González “La Negra”, promoting the study of flamenco art from its structural bases, technic, rhythm and choreography, which has reached different academies in countries such as Chile, Mexico, Colombia, Greece, the United States and, more recently, Japan.

He often dances in tablaos like Las Carboneras, in Madrid.

Rocío Molina speaks of El Oruco as an instrument:

«Oruco is like an instrument that has everything, all textures and percussion, all harmonies, a complete instrument in a complete orchestra. Apart from the precision, the nuance, the strength and also the subtlety, he has above all an incredible intuition, surely because he is bailaor. He is a great musician and great dancer and he has an intuition that, of course, also allows him to have a lot of flexibility when it comes to accompanying either a bailaor, a female dancer or any musician. He is advancing the route or the speech that can make a bailaor because he knows the body, and the one who can do the guitar or the sing, because he knows them. It allows you that flexibility that also does not become a machine although it is also (he has a very firm and solid base), but when you want to attack he follows you, he attacks with you, he knows how to take you, you can make alterations of time that thanks to his intuition he picks it up right away.

»As a bailaor I define his image as a wild boar, I like him because he has that aggressiveness, that school, he has a strangeness of sweetness that is something that I find rare. He has a delicacy and sweetness in contrast to his image and his physique, which takes you away, it surprises you. You can also talk about the nuance and elegance, he is not only dedicated to the feet, he also has a body language and I like him a lot.

»And then, as the child also knows how to sing, he carries the lyrics very well, he knows how to listen very well to the song, he separates and finishes very well when he has to do it. He is very complete, El Oruco has it all, the truth is that he gives a base, in a meeting of musicians and dancers he can become a great pillar. He is like the patriarch of the ceremony. For me that’s El Oruco. That and so much more». 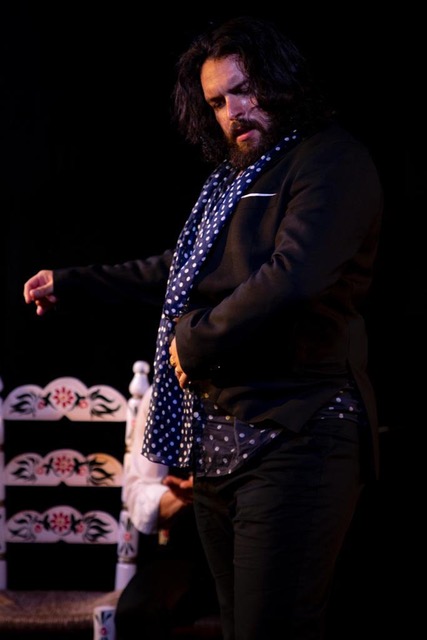