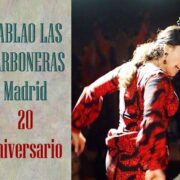 «I am very proud of my home»

«In Australia I had several teachers but one of them had spent a lot of time in Spain in a company, his name was Mario Orbitani. He really was a huge influence on me because he showed me how companies worked here. We were four companions: guitarists, singers, etc, and we did the work format of that time in Spain: you danced jotas, classical-Spanish, there was a work performed at the beginning with the dance. And the strong part was flamenco. Mario taught me a lot about the world of flamenco, also about the discipline and breadth of that era, when you had to know a little about everything. He got me the tablao bug because I started with him and other teachers in the tablaos of Melbourne when I was 14 years old. There I found my environment, the place with which I identified and felt absolutely free. It marked me so much and I believe that I also marked him that when I came to Spain, he told me: “If you leave, I’ll go back to Italy.” He took his suitcase and now lives in Pisa with his partner. A time was over and we both left, he to there and I to here. He really was a person who marked me a lot. 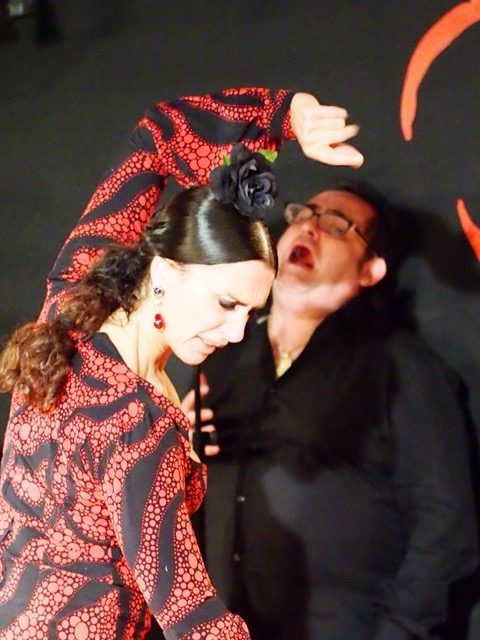 »In the world of dance, I like to think that, because of my personality type, I love the tablao and I feel very lucky to be able to soak up everyone and all kinds of dance that goes through the tablao. For me that is the greatest school. And empathize with those people through dance and have, not eyes, magnifying glasses. You are drinking from different sources every day. And not only about dancing, but also singing and guitar. That was very important, as well as the work I did with Manuela Vargas in “Fedra”. Manuela also marked me a lot on a professional level, but also on a personal way: she was a very tender person with me. Maybe I was very young at that time and how you receive it is important, right? But the work was magical and the artistic direction and music by Enrique Morente, so I was blown away. We did a very modern version of Phaedra, all dressed in leather, Carlos Hipólito would go out with a motorcycle on stage, it was something very different for the time.

»It was also important to work at the Alcazaba tablao, where I met Tacha and Manuela Vega, the other dancers cofounders of our tablao. That was where Tacha and I became like the marriage that we have and we discovered each other and that something that you have very much in common with a person emerged, not only in flamenco, but also in the world of tablao.

«Anecdotes in these years there have been many. One day in the tablao a cantaor was singing and a cousin of his was watching around and, suddenly, we see that the cousin goes up on stage while we are performing and whispers something in the singer’s ear, the cantaor gets off the stage and runs away. Later we found out that the car was towed away and the other, all of a sudden, got on stage to tell him. And he left, instead of giving him the keys. There was also once a very magical night in which all the power in the neighborhood went out and to be able to do the performance we put candles around the stage. Of course, we had to dance in another way, to avoid the flight of the dresses so that they did not burn. It was like very beautiful and magical, something very different. I think the public got it a lot. Then, in a particular way, I always remember a man who seemed like a country man and was in the front row. I was watching the show and I remember seeing him bruised, crying. He could not stop. He saw one and the other dance, each of us who made the cuadro and he was so so touched that he would not stop crying. He was dressed like a country man, he was a humble man. That got to me a lot. There have been many anecdotes, very nice things that you receive from the public. Suddenly, someone leaves you an anonymous note or a child gives you a drawing of what they see in your dancing. That kind of thing is also very cool to me and I have many memories of that type and the truth is that I keep them like a treasure. 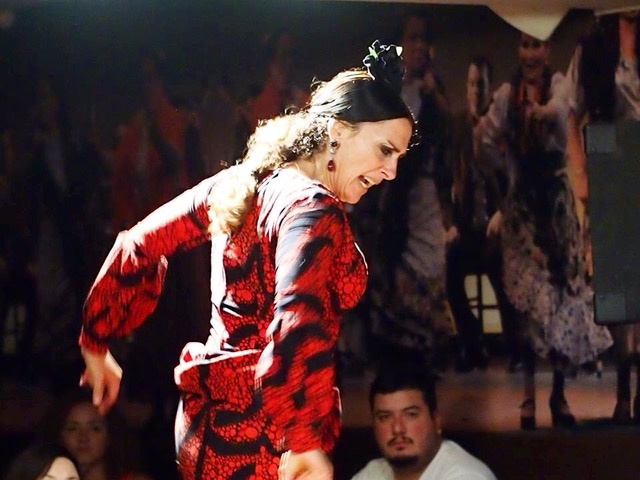 »What has Las Carboneras meant? Well, my goodness, Las Carboneras! I get emotional. It has been a dream come true, something unimaginable for me, I could never have imagined that I would have a place so special, so beautiful, I at least feel it that way. Las Carboneras, for me, is a familiar place. It brings me a lot of pride because everyone feels it that way, as a place, for them, from their family. Where art is collected, but also from the heart. From everyone, from the artistic side, which we carry, to the relationships established with Kike, with the other waiters who have been and have been passing by, with the cooks … Maybe it’s also our way of working, But all those things seem just as important to me. And then, on a professional level, it had been more than thirty years since a tablao had been opened in Madrid. The opening of Las Carboneras was something very marked and of great respect for us. From the beginning we worked a lot, on a personal level. All partners we painted the room, we started from scratch. We had to participate by taking the tablecloths and bringing them washed and ironed the next day. A family job, as I say. I feel Las Carboneras with great pride, it is something built in twenty years. A lot of work and, on a professional level, I think we created a form of dance and a form of freedom, too. It’s funny but I think that many people, when they come to Las Carboneras, feel that freedom and feel unconditional support. And it is also something very of our label. That we, I’m talking about the regular, Ángel Gabarre, Tacha and I, whoever it is coming, we are always going to support him or her200 percent. And I think that’s something that people get. We are better or worse, but we do it from the heart. That is part of us. And I think we have created an exclusive and unique space that has its stamp, its brand. Not only people from here consume flamenco, but we have people from France, Mexico, from many places, who always come to see Las Carboneras, to get to know it and who are regular. I, to tell you the truth, feel a lot of pride in my house. A lot of pride for all the partners, for everything we have worked for, for all the workers. And, for many more years. Now, in these difficult times, we will have to fight again for a new beginning. I am ready, I am ready for that and for everything.