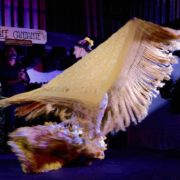 Born in Sevilla in 1994, she began her dance studies at the age of three and at the age of 8 she entered the Antonio Ruiz Soler professional dance conservatory in Seville. In 2012 she obtained the title in the specialty of Flamenco Dance. In that same year she joined the Andalusian Dance Center (CAD).

In 2013 she began to be part of the dance corps of the Ballet Flamenco de Andalucía for three years, under the direction of Rafaela Carrasco, with whom she made national and international tours with the shows “En la memoria del cante“, “Imágenes” (work awarded with El Giraldillo for the best show by the XVIII Flamenco Biennial of Seville) and “Tierra-Lorca Cancionero Popular” (which receives the Giraldillo for the best body of dance for the XVIX Bienal de Flamenco de Sevilla).

In May 2015, she received the second prize of the XVI Andalusian Young Flamenco Contest organized by the Provincial Federation of Seville of Flamenco Entities.

It is the following year when she receives the second prize and the mention of the public prize in the V Flamenco Dance Contest of Tablao Villarosa.

She has worked in different tablaos such as Casa Patas and Corral de la Pacheca until in 2017 she joined the Tablao Flamenco Los Gallos of Sevilla. 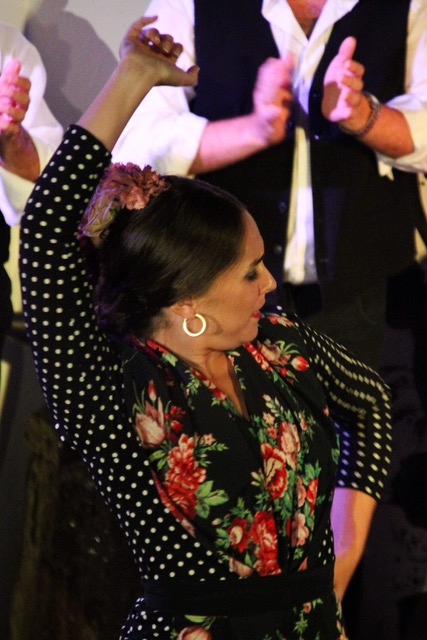 In 2018 she won the second prize in the flamenco dance contest at Tablao Las Carboneras in Madrid.

She is currently part of the David Coria Company that perform the show “El encuentro” and the company of Rafaela Carrasco where she performs the show “Nacida sombra“.

“In the first place, I think that the most interesting part of my training period, what marked me the most, was when I finished my degree in the conservatory, that I auditioned and was selected to enter the Centro Andaluz de Danza of Sevilla. It was like a high-performance center where 12 people from all over Andalusia were chosen each year, and that’s where I got in touch with great professors who were active. That’s where I learned the Sevillian school of the bata de cola, for example. It was only one year, but very intense, it was every morning. That’s where I began to find the sensations, that year marked me a lot.

»From the professional period I highlight the beginning. At the Andalusian Dance Center four people were invited to audit at the Ballet Flamenco de Andalucía, whose management had just been assumed by Rafaela Carrrasco. Then, four students of the Andalusian Dance Center were awarded a scholarship to attend the entire creation process of a show. We learned the whole show and, just a month before or so of the premiere, Rafaela told us that she had planned to hire two of us to be part of the cast of the company. We had a time as a test, he was trying out some of us in the choreography and very little before opening he told me that he wanted to count on me to be part of the cast of the ballet. I was hired and first I was a year as an intern. I was from the beginning, we made the premiere and that was the first company I worked with. I spent three years with Rafaela and we did three different shows. The truth is that this period marked me a lot and, for me, where I have learned the most is there. Well, starting in the tablaos has also been very important, but I want to emphasize that beginning that for me was a surprise and an incredible illusion.