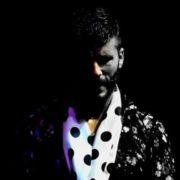 Sevilla, 1979. He begins in the world of dance in the school of Matilde Coral. In 1997 he starts his Spanish and contemporary dance training with teachers such as Victoria Eugenia “Betty”, Eloy Pericet, Juanjo Linares, Pedro Azorín, John King, among others. His training and perfection as a bailaor come from the hand of great masters such as Manolo Marín, Javier Latorre, Alejandro Granados, Manuel Betanzos, Rafael de Carmen, Andrés Peña, Israel Galván, Adela Campallo, Pili Ortega, Pastora Galván, Eva Yerbabuena, Rocío Molina and Rafaela Carrasco.
In 2002, he acted as bailaor soloist in the company of María Serrano in the work “Carmen” and later toured in Taiwan. The following year he is invited for the company Arte y Flamenco in Italy. From 2004 to 2009 he joined the Flamenco Ballet Eva Yerbabuena . He began touring France and Spain with the shows “Eva”, “5 Mujeres 5” and “Eva a cal y canto”. In that same year and coinciding with the commemoration of the 25th anniversary of the Seville Biennial, “A cuatro voces” premieres and in 2005 it is presented at the Festival de Jerez. That same year, he traveled to the London and New York Festivals with “Eva” and “5 Mujeres 5”. In 2006, he performed in Brazil and Paris with “A cuatro voces”. Until 2007 they continue touring in Morocco, Italy, Beijing, Austria, Japan, Finland, Lisbon, Holland, Australia, Thailand, Hong Kong, Colombia and Hungary with the shows mentioned above.
In 2006, the show “Huso de la memoria” was premiered at the Zarzuela Theater in Madrid and it was performed at the Jerez Festival, the Seville Biennial and the London Festival.
In 2007, they performed the show “Santo y seña” at the Maestranza theater in Seville, and they toured Mexico, France and Luxembourg. In that same year they take to London and Japan with “A cuatro voces” and in 2008 they travel to the Festival of Mont de Marsan (France).

From that year and until today, he combines his career as a dancer with his performances in tablaos in Seville and Madrid such as Los Gallos, El Arenal, Museo Flamenco, Casa del Flamenco, Casa de la Memoria and Casa Patas.
In 2008 he dances at the Festival de Jerez with the show “Santo y seña”; at the New York Film Festival and then tours the US, Canada, France, Brazil, Chile and Spain. In 2009, they travel through Germany, London, Japan and Italy. They celebrate the tenth anniversary of the company of Eva Yerbabuena in the Jardines del Generalife (Granada) sharing stage with artists such as Enrique Soto, El Extremeño, Miguel Poveda, Pepe de Pura, Segundo Falcón, Arcángel, Marina Heredia and Jeromo Segura.
In 2009 and 2010 he participates in the show “Cádiz de la frontera” of the Company Andrés Peña and Pilar Ogalla in the Festival de Jerez; being realized later in Béziers (France). He is part of the “Homenaje a Mario Maya”, presented at the Teatro Lope de Vega in Seville and at the Festival de Jerez sharing stage with the artists Ángel Atienza, Manuel Betanzos, Manuel Liñán, Diego Llori, Juan Andrés Maya, Marcos Vargas, Rafaela Carrasco, Isabel Bayón, Belén Maya, Patricia Guerrero, among others. He is choreographer and bailaor in the show “Matemáticas de lo jondo” with the company of Charo Cala in the Theater Lope de Vega of Seville. Bailaor at the Exhibition Fair in Milan with the Choni Flamenco Company.
In 2011 he premiered his first show, “En compañía”, as choreographer and dancer performing several times in Andalusia, the Flamenco Festival Chateauneuf (France) and in Lucerne (Switzerland).
He is invited to create a show based on “Una leyenda de Alanís de la Sierra” and to be presented in the Jornadas Medievales with the show titled “Amor y muerte en las Pilitas”.
He is a guest dancer at the company of Katalin Inhof in Budapest. He participates with the show “Cadiz de la frontera” at the Santa Barbara Flamenco Festival in California, in Amsterdam, Holland and at the Gran Teatro Falla in Cádiz.
In 2014 he premiered the show “Raíces y alas”, directed by Marisol Valderrama, in Brussels, where he is required as a guest artist and with whom he continues to this day touring Belgium. He is guest artist for the Udaipur World Music Festival in India, and in the Arte y Flamenco Company of Turin, directed by Monica Morra.
He continues her career as a dancer in the tablaos of Seville, La Casa del Flamenco, Los Gallos and Callejón del Embrujo.

“The first show I saw as a child was Mario Maya’s “Naranja y oliva”, and over time, when Mario died and the homage was paid, I was called to participate with them, with Rafaela Carrasco, with Belén Maya, with Manuel Betanzos … and choreographies of ” Naranja y oliva” were staged. It was quite symbolic for me since it was the first show I saw in a theater and then to participate in it and as a professional bailaor the truth is that it was a reward and I was quite proud.”

»Of my career I can highlight when I entered the company of Eva Yerbabuena in 2004, where I was until 2009, is where I have most rolled, the more I have known and the more I have done.
»Regarding tablao, it is one of the places where I like to work most. Theaters fill us all, of course, but the tablao is where I feel more free to be able to do what you want and express how you feel, and I also consider it important to be so close to the audience, to the comrades».