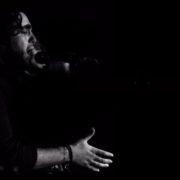 He performs singing courses at the Esperanza Fernández Flamenco and Dance Art Center and completes his training at the hands of cante figures such as Curro Fernández.

Flamenco comes to this Sevillian by inheritance. Since boy he got used to the

scenarios of flamenco festivals around the world, accompanying the rest of his family, the Fernández Family, who wasted art from the oldest to the youngest of its members. Who took him by the hand was his uncle Curro Fernández. After the performance of theirs, “El Bola” always had his place at the end of the party.

He began his professional work with only 7 years old and took his first steps in the Biarritz Festival with the Fernández Family. He continues to perform on stage with the Tribute to Bernarda de Utrera at the Teatro Maestranza in Seville with the show “4 generaciones”, accompanied by his great-grandfather Juan José Fernández, his great-uncle Curro Fernández and his father Ismael Fernández.

He continues his journey, accompanied by his father, in Japan (Osaka, Nagoya and Tokyo). With 8 years he sang in the Bienal de Sevilla, in the theater of La Maestranza, with the show “Canciones antes de una guerra“, by María Pagés; as well as at the Villamarta Theater in Jerez.

Together with his family, he performs at the Alhambra Theater in Switzerland and at several festivals such as Alcalá de Henares, together with artists such as Capullo de Jerez, José Valencia, Juana Amaya, etc. He also participated with his family in the homage to the Peña Torre Macarena at the Teatro Alameda. He was previously in that theater at the Flamenco Biennial of Sevilla with the bailaora La Niña de los Cupones and the show “30 decibelios”, which was also held in cities such as Cádiz, Madrid and Jerez.

Throughout his intense professional career he has found himself on the road with great artists such as El Güito, Esperanza Fernández, David Dorantes, Miguel

In addition to singing for dance he composes his own works, one of them forming part of the new record work of cantaor José Anillo. Other of his compositions has been of interest in the show “Del 2000 y pico”, by bailaor Pedro Córdoba, which premiered at the Compac theater on Gran Vía in Madrid.

In 2013 he participated in the presentation of the last album by the artist Esperanza Fernández at the Fernando Fernán Gomez theater in Madrid and at the Lope de Vega theater in Seville with guest artists such as Pastora Galván and David Dorantes. Accompanied Esperanza Fernández at the National Auditorium with the album “Mi voz en tu palabra” dedicated to José Saramago.