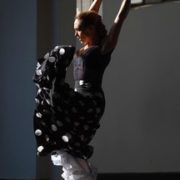 Florencia O’Ryan Zúñiga (Santiago, Chile 1987) begins her studies at the Facultad de Danza de la Universidad de Chile and simultaneously participates actively in schools and events linked to the world of flamenco since she was 16 years old.

In 2007 she moved to Sevilla and continued her training linked to the Academia de Flamenco Manuel Betanzos where she studied under the tutelage of teachers such as Andrés Peña, Adela and Rafael Campallo.

In 2011 she was awarded in the XII Young Dance contest receiving an annual scholarship at the Christina Heeren Flamenco Art Foundation, which allows her to make contact with Milagros Mengíbar and Javier Barón, among other dance figures. 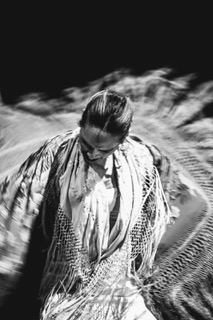 Between 2013 and 2016, she joined the cast of the Flamenco Ballet of Andalusia. Under the direction of Rafaela Carrasco, she regularly performs with the dance team and eventually as a soloist in three important productions: “En la memoria del cante 1922”, ”Imágenes” (awarded with the Giraldillo to the best dance cast in the XVIII edition of the Biennial of Seville) and “Tierra Lorca, Cancionero popular“.

In 2015 she participates in various festivals and competitions receiving different awards, the most prominent being the first prize of dance for alegrías La Perla de Cádiz.

In 2018, she collaborates with the singer Encarna Anillo in her show “Las puertas de Gades” within the framework of the Jerez Festival.

In May of 2019 she presents her first recital at the Távora Theater in Seville within the third cycle Life in Flamenco. 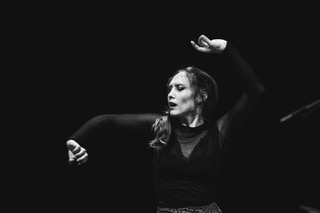 In June 2019, she presented at the 28th Choreographic Contest of Spanish Dance and Flamenco her original piece “Galerna“, which won the first choreography prize for solo. In addition, she won the first prize for the original music for dance and the Live Flamenco Award Carlota Santana New York to bring and produce her own choreography in that city. 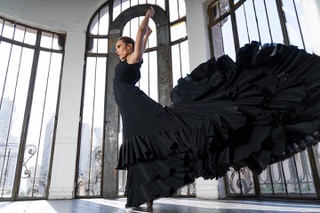 She also integrates the cast of “Lorca y la pasión. Un mar de sueños” by Marina Heredia, under the choreographic direction of Eva Yerbabuena, and as an active dancer in Madrid and Seville, especially. 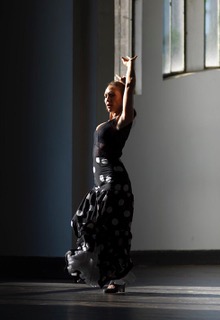